Mysteries have never been at the top of my reading list. I do like the Chief Inspector Armand Gamache series by Canadian author Louise Penny, and when I'm not in the mood for more serious Literature, I have a few cozy mystery series on tap. (Hello, Amelia Peabody!) I think the common thread here is that I like mysteries without a lot of blood and gore, graphic violence, serial killers, or misogynistic violence.

But I needed books for the #1965Club and quickly. So I followed the hashtag and found a few blogs with lists of books published in 1965. One review that caught my eye was for a Swedish police procedural called "Roseanna". As it didn't seem too bloody or dark, I got the Kindle version and plunged into 1960s Sweden. 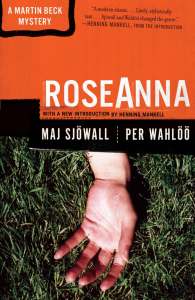 I really enjoyed this story. The main character is First Detective Inspector Martin Beck of the Swedish National Police, Homicide Bureau. He seems like a very ordinary person, although "There were people who thought that he was the country's most capable examining officer." As such he was called out to a small town where dredging of the navigation channel near the locks had scooped up a naked female body. 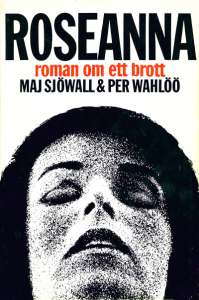 The emphasis is on the police procedures as they attempt to solve the murder of the unknown woman, which eventually takes them over six months, all in a rather short book. The language is quite plain, without long passages of description. Conversations between the policemen often consist of short phrases or single words, a very realistic depiction of co-workers communicating. The inevitable government bureaucracy gets in the way. The story is about determined, even obsessed policemen working a difficult case, no heroes in sight. This is most assuredly not an action novel!


"Roseanna" is the first of 10 Martin Beck mysteries by Sjöwall and Wahlöö, often considered the "godparents of Nordic Noir". The series has greatly influenced writers in Sweden and around the world, especially for police procedural mysteries. Check out the web sites below for more information about the authors and Nordic Noir.

"The couple who invented Nordic Noir"
Maj Sjöwall and her late partner paved the way for Stieg Larsson and Jo Nesbø. Jake Kerridge meets her
https://www.telegraph.co.uk/culture/books/authorinterviews/11741385/The-couple-who-invented-Nordic-Noir.html


"The queen of crime"
When Maj Sjöwall and her partner Per Wahlöö started writing the Martin Beck detective series in Sweden in the 60s, they little realised that it would change the way we think about policemen for ever
https://www.theguardian.com/books/2009/nov/22/crime-thriller-maj-sjowall-sweden


"Nordic Noir: Consider this home base for all things Scandinavian crime fiction."
http://crimebythebook.com/expert-witness-nordicnoir