The war tried to kill us in the spring. 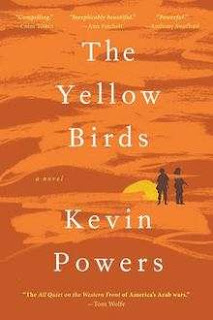 I approach this book with caution and a bit of fear. It is definitely out of my comfort zone; if I want sad stories, I just watch or read the news. However my library book club is reading this, so I am trying to be a team player by reading it and showing up. It's a small club.

The blurb tells me Mr. Powers is a veteran of the Iraq war and a poet. I am hoping for the best - no nightmares.

Isabel Dalhousie saw Brother Fox that morning at eleven minutes past four. She was not one to take much notice of such details—she felt it was usually a matter of little importance to know exactly what time it was, unless, of course, one was a railway company, or an airline, for whom concern about punctuality was entirely understandable and, on the whole, to be encouraged. 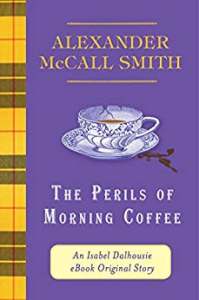 This is an eBook short story in The Isabel Dalhousie Series. I love this series which follows Isabel as she goes about her life in contemporary Edinburgh, Scotland. As a moral philosopher and editor of the journal "Review of Applied Ethics" she spends a lot of time thinking about, musing upon, and carefully considering the everyday occurrences in her life. Less about the plot and more about the people she interacts with. By the way, Brother Fox is the wild fox that she sees now and then running through her back yard. 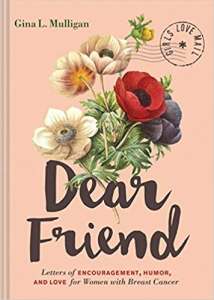 Letters are sacred mementos we lovingly save in decorative boxes, memories captured to relive again and again. Yet the gentle beauty of a handwritten letter seems largely forgotten in our age of text messages and emails. After working for five years on a novel comprised entirely of letters, I felt connected to what I consider the lost art of letter writing. However, not until I was diagnosed with breast cancer did I understand that a few words on paper are more than a keepsake. A handwritten letter is a gift with the ultimate power to heal and inspire.


The subtitle says it all: "Letters of Encouragement, Humor, and Love for Women with Breast Cancer". Written by compassionate strangers—many of whom have gone through their own health battles—these heartfelt letters contain empathy, inspiration, and humor to help you overcome difficult moments. They were gathered by Girls Love Mail, an organization that provides support to people diagnosed with breast cancer.

Semicolon
The Past, Present, and Future of a Misunderstood Mark
Cecelia Watson
Harper Collins, 2019
213 pages


I was amused to find a whole book written about one little punctuation mark, and purporting to present its history no less. Ordinarily one does not worry about a punctuation mark's past, just how it should be used now. So, being the word nerd that I am, I had to check it out. 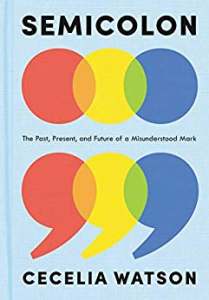 Venice, 1494: Aldus Manutius, printer and publisher, decides to put a comma and a colon together, thereby creating a mark for a mid-length pause, shorter than a colon, longer than a comma. In those days grammar rules had not yet been created and codified and it was every writer/printer/publisher for themself! The marks were often thought of as denoting pauses for reading passages aloud; pauses that would help convey the meaning of the words. 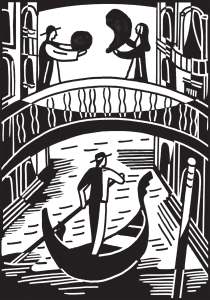 The author follows the semicolon from its birth through subsequent centuries of use and controversy. It is quite amazing how many people have passionate reactions to the mark, both pro and con, even into the twenty-first century! Many examples of how it's used are given, with quotes from works by Milton, Martin Luther King Jr, Raymond Chandler, and Herman Melville.

"Moby-Dick", a favorite novel of mine, is discussed in a long section of the chapter "Semicolon Savants". Apparently Melville's famous book contains about 210,000 words with 4,000 semicolons.

The semicolons are "Moby-Dick's" joints, allowing the novel the freedom of movement it needed to tour such a large and disparate collection of themes. page 36.


Despite the eye-catching title, most of the book is about grammar rules, how we got them, the so-called Grammar Wars, and the edicts of style guides like the "Chicago Manual of Style". That list may sound dry and academic, but the text is lively and has fun examples. If you are fascinated by words and how they are used, or confused by grammar rules, this book should entertain you.

The death, when it came, happened late at night, a silent affair – certainly no one heard anything at the time – yet one that detonated so loudly in the cold light of day it almost brought two nations to the brink of war.


This is an e-novella from my favorite new cozy mystery series, the Baby Ganesh Agency crime novels set in today's Mumbai, India. Baby Ganesh is a baby elephant and the sidekick to Inspector Chopra, retd.


The towers of Zenith aspired above the morning mist; austere towers of steel and cement and limestone, sturdy as cliffs and delicate as silver rods. They were neither citadels nor churches, but frankly and beautifully office-buildings. 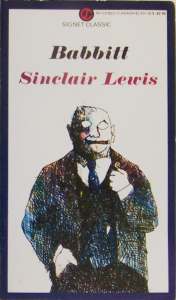 I'm reading "Babbitt" again, although I use that word advisedly as I cannot remember a single thing from 56 years ago. The back cover commentary claims that in Mr. Babbitt, Lewis "created one of the ugliest, but most convincing, figures in American fiction - the total conformist." Sounds intriguing!