Maybe Her Life, Maybe Not


The story follows the life of Daisy Goodwill Hoad Flett from her unexpected birth to her death. Superficially it is the fictional biography of Daisy and several generations of her family and friends. But pay closer attention and you begin to wonder, who is telling the story? And is this really a truthful biography - true within the fictional world of the novel?

The narration is unusual in that it switches between first and third person, perhaps even second person at times. Then there is the problem of the unreliable narrator. We are told her mother is hugely obese and taller than her father; yet the photos included in the book show a large but not obese woman who is shorter than her husband. At one point, the narrator even warns us not to believe the narration! 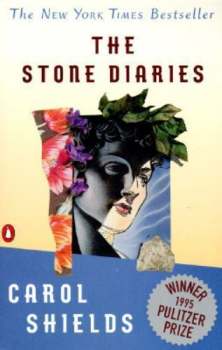 We are never sure who the narrator is or perhaps who the narrators are. Daisy seems to be telling her story as she witnessed it, but she could hardly have witnessed the scenes surrounding her birth nor those of her father's death. As the narration drifts in and out of first person "I" and third person "she" or "he" statements, things sometimes seem dreamlike and unreal.

The main thread of the story is always clear, but we are not sure whose viewpoint we're getting and why they are telling us these things. Is Daisy imagining what her father was thinking or is that the omniscient narrator telling us his thoughts?

We learn a lot about Daisy, her father, Cuyler Goodwill, and her husband, Barker Flett - true or untrue we cannot tell. Of the rest of the characters mentioned, we only see glimpses and fleeting thoughts as they interact with Daisy or discuss her. Fortunately the book has family trees as well as photos to sort out the friends and family members. More books should include family trees!

In an interview Carol Shields said she was interested in the interior lives of women and couldn't find novels about that so she wrote them herself. Daisy's interior life is very interesting and despite the questions I had, her life story was very enjoyable to read. I cared about the characters and their stories.

The trade magazine "Publishers Weekly" had a nice overall summary of the novel:


It is at once a playful sendup of the art of biography and a serious exploration of the essential mystery of human lives; the gist of this many-faceted story is that all biographies are only versions of the facts.


Prizes Won by "The Stone Diaries"