A Short Study about Celestina


After reading the classic "Celestina", I looked around for a book that might enlighten me about what I'd just read. I did enjoy the story, but any book written in Spanish over 500 years ago would certainly have references and themes unfamiliar to me. My translation of "Celestina" did have some footnotes, which helped a lot, especially with obscure words, but I wanted a discussion of the book's overall importance and themes. Things that had been hinted at in other reading on the web and comments made during a lecture in a MOOC (Massive Open Online Course) about "Don Quixote" that I've been taking.

The first one I got from the library was too erudite and required too much thinking to understand. It was one of those where I would read a sentence, and I knew the meaning of every word in it, but when they were put together like that, I didn't have a clue! As this isn't my life's work, I looked for another book. 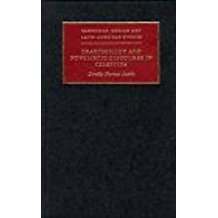 Then Dorothy Severin's small book with a big title, "Tragicomedy and Novelistic Discourse in Celestina", arrived from a university library. (I just love Ohio's free interlibrary book loan networks!) And this is what I was wishing for, a slim book of essays on various topics, all in English I could understand. Bonus points for quoting not only the original Spanish text like the first book I got, but the English translations, too.

Here is the summary from the publisher:

The late fifteenth-century Spanish masterpiece Celestina is one of the world's most neglected classics. In this important study one of the most recent editors of the text, Dorothy Sherman Severin, investigates how Fernando de Rojas' work in dialogue, which parodies earlier genres, is a precursor of the modern novel.

In Celestina, the hero Calisto parodies the courtly lover, the heroine Melibea lives through classical examples and popular song, Calisto's servants Sempronio and Pármeno parody students' knowledge, the bawd and go-between Celestina deals a blow to the world of wisdom literature, and Melibea's father Pleberio gives his own gloss on the lament. There is also a fatal clash between two literary worlds, that one of the self-styled courtly lover (the fool) and the prototype picaresque world of the Spanish Bawd and her mentors (the rogues). The voices of Celestina are parodic, satiric, ironic and occasionally tragic, and it is in their discourse that the dialogue world of the modern novel is born.


I learned quite a bit from this book; it helped me understand "Celestina" more in the way that someone would have understood it back in 1499, by letting me in on some of the jokes and on what common types of literature were being satirized.

If you are at all interested in "Celestina" and the earliest forms of the novel, I do recommend this book. It might be hard to find in a public library, but try a university library if you can.