Nine-year-old Daisy Ashford's novella is a lot of fun to read, childish errors of spelling and punctuation and all. It's both short and entertaining enough to be read in a single pass. And if you are at all attuned to novels or TV dramas about the English aristocracy of 100 years ago, it is also quite funny, akin to P. G. Wodehouse's Jeeves and Wooster stories. 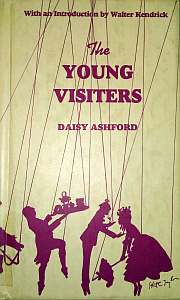 Walter Kendrick. a professor of English at Fordham University who was an authority on Victorian literature, assures us in his introduction that this is not just a children's story, but "also a Victorian novel in miniature, a tidy précis of English fiction circa 1890". It even has a double plot, one about love, the other adventure.

As for Ashford's spelling and punctuation, he calls them "hilariously idiosyncratic". She may talk about the "sumpshous" bathroom, items wrapped in "tishu paper", and a room full of "searious people", but she knows what those words mean and tries her best to spell them phonetically. Hey, she's nine! 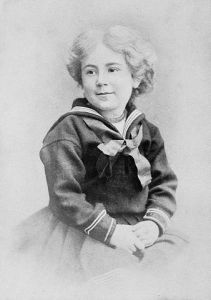 According to Wikipedia, "The Young Visiters" has been adapted as a musical, a play, a feature-length movie, and a BBC television production. Not bad for a first-time author!

The is my entry in the 20th Century Classic category for the 2020 Back to the Classics challenge.

Email ThisBlogThis!Share to TwitterShare to FacebookShare to Pinterest
Labels: Back to the Classics 2020, Humor, Novella