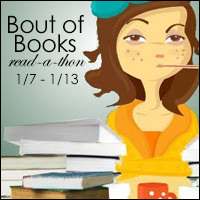 Another week-long Bout of Books comes to an end, during which I read parts of several books, joined the Monday Twitter chat, and completed one of the challenges. I like this read-a-thon because it's all about reading and sharing with the group, in a free-form manner. No rules, no large page-counts required!

First I finished the final 200 pages of the 800-page novel "Can You Forgive Her?" by Anthony Trollope. It's known as the first of his Palliser series, although the Pallisers are not the central figures in this book. Yes, it was long, but I thoroughly enjoyed the stories that it told of upper class life in 1860s England, and look forward to reading the other five tomes eventually. 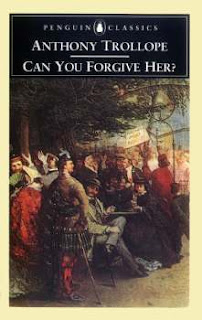 I also read 3/4 of "Queen Lucia" by E. F. Benson, likewise the first in a series of six novels. Long ago I watched several television productions based on the Mapp and Lucia series of books, so I thought I should read the original comedies. I must admit that I liked Lucia much better on screen than on the page. She's so bossy and snobbish that she became annoying. I guess in the TV series she seemed a bit more likeable. Still, I plan on reading the whole series. 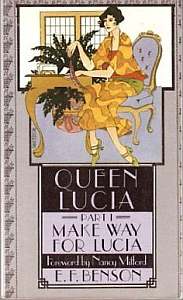 Lastly, I re-read several short stories in the translated collection "The Book of Khartoum" before reviewing it. There are 10 stories from Sudan in the slim volume and it's a quick read. Some stories were very interesting, while others were mostly baffling to me. It gave me a peek into a very different culture, which I enjoyed, but I am glad it was a short trip. 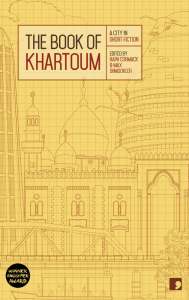