A Stew of Regret

I was lured into reading "Red Pottage" by three factors: 1) the intriguing title, 2) the author's unusual last name, and 3) the free ebook. And it was worth the gamble, if one can gamble on a free book. Or maybe I should say it was worth the time I invested in it. 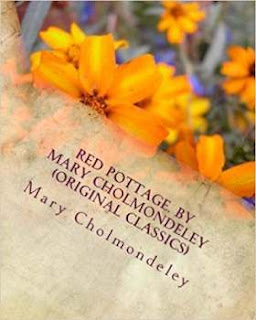 I am always interested in a good story, but as I started to think about writing this review, I realized that sometimes I am equally curious about the story's cultural background, the unknown quotations and unfamiliar food and books mentioned within. Anyone wanting merely the plot can find it in great detail on many book blogs; however if you are trying to understand the unfamiliar words and references, it takes a lot of Googling and researching around the Internet for a novel written 100+ years ago. So here I'll present an overview of the plot of "Red Pottage" and then explicate some of the interesting quotes and allusions that I found.

Among several story lines there is the story of the life-long friendship between Rachel West and Hester Gresley, who both have unconventional views of a woman's place in the world in the late 1890s. Rachel, a wealthy heiress who can afford to marry for love not money, falls in love with Hugh, an upper class gentleman who turns out to be a scoundrel. Hester is a successful novelist with no income, forced to live with her pompous brother, the local vicar, who strongly disapproves of her writing. But she is not interested in marrying, desiring instead to make her own way through her writing.

There are lots of characters in both upper-class London and the fictional village of Warpington. I found most of them interesting, though not all are admirable. The plot seemed very busy, with an awful lot of things happening: emotional, dramatic, melodramatic, comedic. With so many intertwined lives and events, the story becomes hard to summarize briefly. Love, heart break, scandal, near-death, weddings, children, temperance meetings, vicars and bishops. Life in 1899.

Right off the top, there's the question of how to pronounce the author's family name, Cholmondeley. The sources I've found say it's pronounced "CHUM-ley". She was the daughter of a rector in Shropshire. She never married, but lived with her family until her parents died, after which she lived with her sisters.

Then there's that title, "Red Pottage". This comes from a Bible story in Genesis 25:30-34, where Esau, the firstborn son, comes in from working in the fields and is famished. His twin brother, Jacob, has been cooking pottage, a thick stew made by boiling vegetables, grains, and meat or fish. He used red lentils, which is why Esau said "Feed me, I pray thee, with that same red pottage; for I am faint" (King James translation). But Jacob replied that he would trade the pottage for Esau's birthright as firstborn, to which Esau agreed. Thus red pottage refers to a material reward for which something of higher value has been sacrificed. In the novel Hugh has traded his good name for the pleasure of an adulterous affair.

The motto on the title page reads "After the Red Pottage comes the exceeding bitter cry." Indeed, in the book Hugh does suffer bitter remorse for what he has done. The quote comes from a sermon by Frederic William Farrar, published in "Everyday Christian Life or, Sermons by the Way", 1887, p. 183.

The epigraph on the opening chapter is from the poem "Modern Love" by George Meredith:


... In tragic life, God wot,
No villain need be! Passions spin the plot:
We are betrayed by what is false within.

Meredith wrote this fifty-poem sonnet-sequence about infidelity and the destruction of a marriage, shortly after similar events occurred in his first marriage. When it was published in 1862, the Victorians considered it scandalous because it talked openly about adultery and physical love. (The archaic verb "wot" means to know.)

Then the opening lines of book are:


"I can't get out." said Sterne's starling, looking through the bars of his cage.
"I will get out," said Hugh Scarlett to himself, seeing no bars but half conscious of a cage.

That first line refers to an odd little story about a starling who amazed people by repeatedly saying "I can't get out" in the novel "A Sentimental Journey Through France and Italy" by Laurence Sterne, written and first published in 1768. And just so we wouldn't miss her meaning, Cholmondeley presents us with both the quotation and Hugh's refutation of it as the opening scene of the book.

So Cholmondeley gives us quite a sense of foreboding before the book even starts: the title, the motto, an epigraph, a quote, all portending doom or at least bad juju ahead.

All of the 53 chapters start with an epigraph, among them several Kipling quotes and quite a few French ones. If anyone is looking for a thesis project, they might start investigating them. I don't have the time for that but I did research two interesting quotes.

For the opening of chapter 9, the French aphorism is:

which Google translates as:

I don't know how many readers in 1899 knew French and understood this quote, but I'm sure it must have raised a few eyebrows and maybe garnered a pulpit denunciation or two. One of the main antagonists in the book is Hester's brother, a vicar who is very self-centered and often unkind to people in his self-righteousness. He makes his sister miserable and eventually quite ill by his behavior toward her.

Within the text, Cholmondeley repeats one quote three times: "High hopes faint on a warm hearthstone". It's from an 1888 Rudyard Kipling poem, "The Winner", implying that a married soldier is a marred soldier, one whose dependents will turn him soft.

There are no military men in the book, but one of Rachel's former suitors was an artist who felt he could not marry her, although he loved her, because domestic life might interfere with his artistic career. Now, four years later, he appears at a gathering Rachel is at. He turned out to be a mediocre artist and the narrator says:


His art had not taken possession of him. "High hopes faint on a warm hearthstone." But they sometimes faint also in bachelor lodgings.

I liked this novel and found it easy reading, except for all the interesting quotations and French phrases, which I looked up as best I could. I don't think you need to do all that work; the story is understandable with out knowing French or Kipling. I just have a personality quirk that makes me want to know what every word means!

This is my 19th century classic for the Back to the Classics 2018 challenge on the Books and Chocolate blog.

Mary Cholmondeley
Victorian Fiction Research Guide No. 6
by Jane Crisp
An excellent and long introduction to Cholmondeley's life and work, followed by listings of her extensive publications.
https://victorianfictionresearchguides.org/mary-cholmondeley/