WOW! That's how I felt as I finished "Illuminae" in one long burst. This is an amazing book on many levels. In the past I've read some classic sci fi novels: The Foundation Trilogy, the Hitchhiker's Guide to the Galaxy series, Dune, re-read the Foundation Trilogy when Asimov increased the count and I had to start over. But nothing recently, as I have been concentrating on reading the Classics (loose definition).

Two weeks ago during the Bout Of Books 22 Readathon, someone tweeted a picture of a gorgeous orange and yellow book cover without mentioning anything about the book. I could read the title, "Illuminae", so I went researching. Despite it being labelled YA Fiction, it sounded interesting, so I ordered it from the library. As a Senior Adult, I am a bit wary of books for young people; our interests could so easily be divergent. 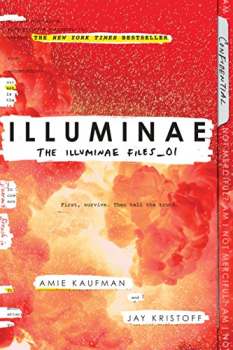 Opening the book was the first pleasant surprise: such a wild looking set of pages! If there is such a thing as a dossier novel, this is it. The library checkout guy called it epistolary, but that doesn't cover the wide range of things included here: transcripts of emails, printouts of reports stamped "TOP SECRET", schematics, musings from the main character's diary, summaries of video tapes, and strange ASCII art.

As I began reading, I was immediately sucked into the story. It's a Space Opera complete with two teenage protagonists, Kady and Ezra, on a far away space colony in 2575, an invasion by the bad guys, desperate rescue attempts, a strange illness, and an Artificial Intelligence computer that has gone insane. Think Hal 9000 from "2001: A Space Odyssey" but with nuclear weapons. The action gets quite tense, and I will warn the faint of heart that there is a lot of blood and dead bodies towards the end.


I was thrilled to notice that lots of the leaders and strong characters are women, including the main teenage  heroine, Kady, who becomes a computer hacker to save the day. The characters seemed realistic to me, doing what I would expect people to do under the extreme circumstances they faced - so long as you accept the basic premise of space travel, worm holes, etc. Not everyone is a hero; many are just scared and ineffective. We only come to know a few characters very well - the two main teenagers and one slightly older guy who is a hacking mentor to Kady. And we get a portrait of an AI computer mind, too, as its musings and internal thoughts are printed out from the salvaged records.

It's a ripping good tale, made especially relevant now with all the news stories about AI in the workplace and self-driving cars. Bonus: there are two more books, each another 600+ pages long! Huzzah! Highly recommended.