The Debut of M. Hercule Poirot 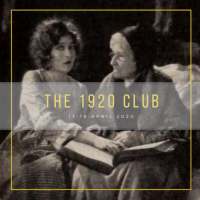 I read a classic Agatha Christie for the 1920 Club, presented by Simon at Stuck in a Book and Karen at Kaggsy's Bookish Ramblings. Years ago I listened to the audiobook version of this, the first in the Hercule Poirot series, but I had no memory of the story.

Reading this book now, I took delight in the many details of M. Poirot's appearance, mannerisms, and quirks. Of course I was comparing them to the wonderful TV portrayal of Poirot by David Suchet, and I think the shows were faithful to the original character, always an important issue for me. 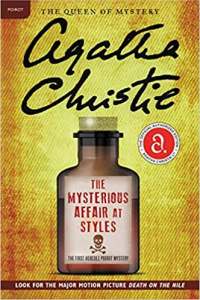 Not to give away the plot, but Poirot does solve the murder, which involves a poisoning in a locked room and lots of suspicious relatives. This was Christie's first mystery, and it was turned down by six publishers before being published in 1920. I was quite surprised that this was her first published novel. The characters seem well-defined and the plot logical without annoying loose ends. She had, however, written one earlier novel that was rejected and never published.

This Kindle version of the William Morrow paperback includes two short articles by Christie where she explains how Poirot came to be and her relationship to him over the years. Very interesting!

Now I think I will continue to read more of Poirot. There are 33 novels, 2 plays, and more than 50 short stories in the Poirot canon. Plenty to keep me busy.

The is my entry in the Classic Adaptation category for the 2020 Back to the Classics challenge. It was adapted as part of the long-running Poirot TV series.

Email ThisBlogThis!Share to TwitterShare to FacebookShare to Pinterest
Labels: Back to the Classics 2020, Mystery, Novel