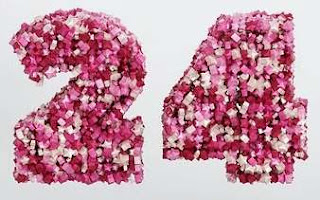 It's Classics Club Spin time again! Each Clubber has a personal list of 50-100 classic books that we have chosen to be our challenge list. For the Spin we pick 20 of those titles and put them into a numbered list. On August 9th the Club moderators will draw a number from 1 to 20 and we have to read that book on our list by the end of September and report back to the Club.

I failed completely for Spin #23 - I just could not read anything in April and May. But I'm hoping to be in a reading mood now, so here's a list of books that I think I have on my shelves or can get for my Kindle. First publication date is in parentheses.


I'm looking forward to reading them all eventually, but I think I'd like to tackle Gertrude Stein's "The Autobiography of Alice B Toklas". Go #12!

UPDATE: The spin is #18, so I have a date with "Three Men in a Boat" by Jerome K. Jerome. Everyone tells me it's great fun, so I'm happy. Cheerful books are easier for me to concentrate on during these trying days.


Portable, quick, satisfying, cheap and requiring neither plate nor cutlery, the sandwich is the most universal of all fast food, the archetypal hand-held snack. 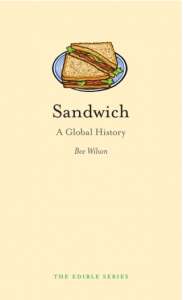 Lately I have unearthed quite a few series of small, non-fiction books. "Sandwich" is from one called "Edible" with single-word titles such as: Milk, Pancake, Soup, Spices, Whiskey, and Chocolate. The publisher says:


Edible is a revolutionary new series of books dedicated to food and drink that explores the rich history of cuisine. Each book reveals the global history and culture of one type of food or beverage.


I think this will be perfect for light summer reading, although it might be hunger inducing!

It's a few days late for it, but here's my entry for June's Quick Lit, a monthly meme on the Modern Mrs. Darcy blog. The creator is Anne Bogel, who explains that Quick Lit is where "we share short and sweet reviews of what we’ve been reading lately on the 15th of the month".

This is another book in Oxford University Press's A Very Short Introduction series, now 689 books strong. From Abolitionism to Zionism, from Lincoln to Rousseau, from Advertising to Sleep, and everything in between is discussed in a very accessible way in about 125 pages each.

So far I've read "Italian Literature", "Languages", and now "Translation". I find this series perfect for dipping a toe into a subject without digesting an entire 500-page tome on the topic. Each book has sections on references and further reading, in case I want to pursue that topic further.

I have been reading more literature in translation recently, and wanted to know something about the processes and issues involved. I find it hard to summarize this type of book, so I'm giving you the publisher's blurb about it:


In this Very Short Introduction, Matthew Reynolds gives an authoritative and thought-provoking account of the field, from ancient Akkadian to World English, from St Jerome to Google Translate. He shows how translation determines meaning, how it matters in commerce, empire, conflict and resistance, and why it is fundamental to literature and the arts.

Reading this slim volume helped me to better appreciate the translated novels I've been reading.

Literature: Why It Matters by Robert Eaglestone
Polity 2019

I enjoy these small books about big topics, and the Why It Matters series from Polity Books is another good source of quick, distilled information. The literature topic is very complex, more than I'd imagined. I did like this volume, but, again, cannot easily tell you what it's about. I'll let the publisher explain it:


"Facts alone are wanted in life," exclaims Mr Gradgrind at the beginning of Dickens' Hard Times. Literature is not about facts alone, and – despite two and a half thousand years of arguments – no one can agree on what it is, or how to study it. But, argues Robert Eaglestone, it is precisely the open-ended nature of literature that makes it such a rewarding and useful subject.

Eaglestone shows that studying literature can change who you are, turning you from a "reader" into a "critic": someone attuned to the ways we make meaning in our world. Literature is a living conversation which provides endless opportunities to rethink and reinterpret our societies and ourselves. With examples ranging from Sappho to Skyrim, this book shows how literature offers freer and deeper ways of thinking and being.


The whole series is worth reading, and this one only has 12 books!

Season of Migration to the North by Tayeb Salih
Translated by Denys Johnson-Davies
Heinemann, 2008
Originally published in Arabic, 1966

I had high hope for this short novella. It's another of my finds in the clearance section at my local used bookstore. I had not heard of the author before, but the influential literary critic Edward W. Said proclaimed this novel to be "among the six finest novels to be written in modern Arabic literature". It also fit into my plan to read more translated literature.

One of the glowing reviews, in the The Observer (London), had this to say:


An "Arabian Nights" in reverse, enclosing a moral about international misconceptions and delusions. This is the story of a student who returns to his village after his obsession with the West had led him to London and the beds of women with similar obsessions about the mysterious East...Powerfully and poetically written and splendidly translated by Denys Johnson-Davies.

The first 2/3 of the book was very interesting, the prose lyrical and readable. The descriptions of the Sudanese men in London and the Londoners' impressions of the Sudanese men are well written, and perhaps especially enlightening in the current era of trying to understand racial bias. But then it veered off into violence and the grotesque. I did finish it, but overall I would say I did not like this book. I don't like violent, grotesque movies or TV shows either. Maybe if you can think of it all as allegory you would like it.

Email ThisBlogThis!Share to TwitterShare to FacebookShare to Pinterest
Labels: Back to the Classics 2020, Mount TBR, Quick Lit 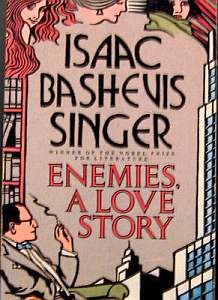 Talk on the Wild Side: Why Language Can't be Tamed
Lane Greene
PublicAffairs, 2018
232 pages


For all you word people, this is a fantastic book! I loved it, plain and simple. Greene covers various topics, each showing, in a different way, why language can't be tamed, why it can't be put in a neat little perfectly logical box, with Rules. The range of topics can be deduced from the front blurb:

Samuel Johnson one said that "to enchain syllables, and to lash the wind, are equally the undertakings of pride." Nevertheless, many have tried: from sticklers for supposedly correct grammar to inventors of supposedly perfect languages; from software engineers working on machine translation to governments that see language management as politics by another means. But when you enter the lair of a wild beast, you may be lucky to escape with your wits intact. Join Lane Greene on a journey of discovery into the deep strangeness of language.


I'd heard of something called The Great Vowel Shift, but never could get my mind around the scant explanations I saw. He has a terrific explanation of how English vowel sounds moved away from the sounds in the rest of Europe. He shows this process using some examples from recent English. 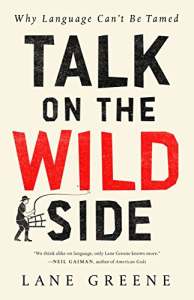 Another favorite chapter talks about how words start sticking together and changing over time. Again, I'd read that this has happened in the past, but never understood the process. He shows how we write things like "ought to work", "got to sleep", "have to run", and "going to try". But when we speak "the TO gets glommed on to the previous word": "oughta work", "gotta sleep", "hafta run", and "gonna try". If we had only spoken language, the actual words might start to change. Wow!

In a chapter entitled "Whom in a biker bar", Greene covers a large set of related topics such as various English dialects, Normal English vs. Formal English, how children learn their native language, and rules vs. preferences in grammar. There's an awful lot of information packed into that chapter, but I think the important ideas can be summed up by this paragraph:

The tricky cases that need to be taught explicitly to children in school belong almost exclusively to Formal. Normal is, by definition, what comes naturally to a native speaker. But Formal English includes all of the grammatical bits and pieces like whom, word order like the man about whom I was talking, and nominative case after the copula like it was she. These form part of the literary language that is a critical part of English-speakers' cultural heritage. Students need to learn Formal. But they should learn it for what it is: a specific kind of language for certain important purposes, and not the One Right Way. p. 173


This book is enlightening, funny, and wise, and I learned a lot about how we humans try to communicate. He also tweets out interesting tidbits, so you might want to follow him on Twitter, too: @lanegreene .